Release day for Cavern of Sethi is TODAY!

It is available at all major retailers here 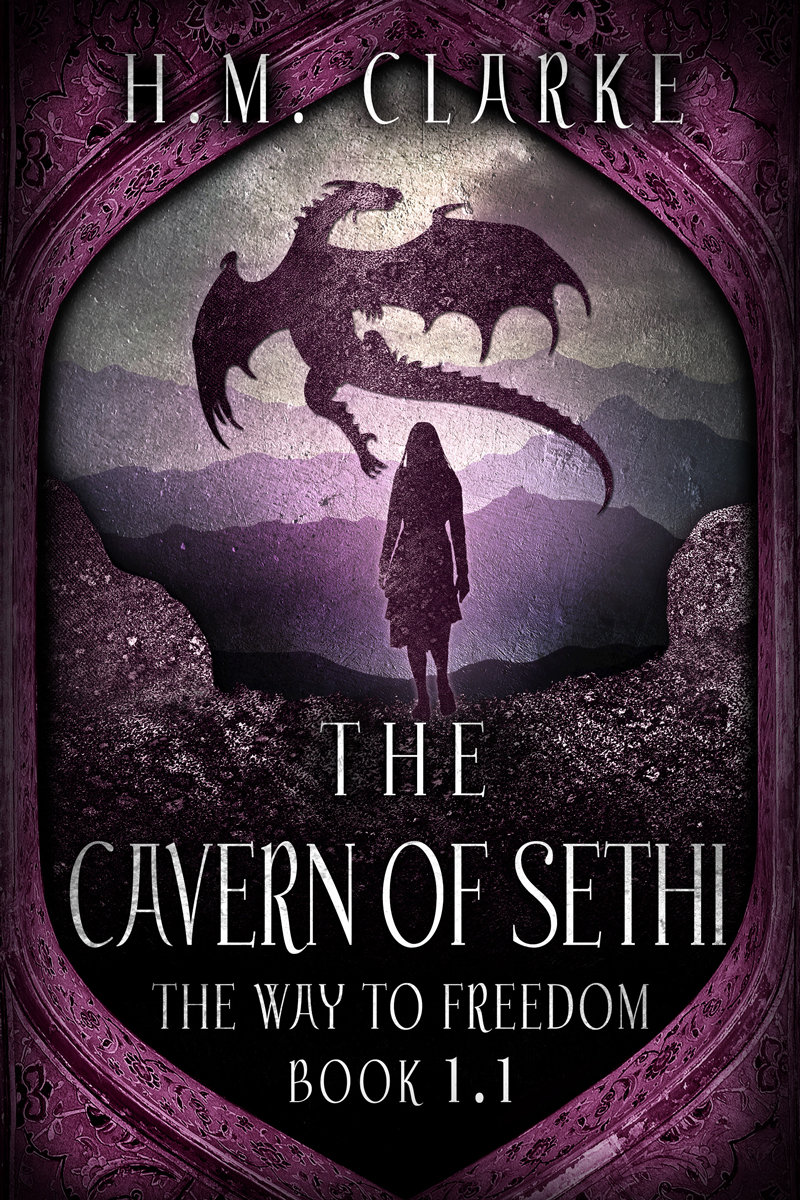 So Commander Katherine Kirk wasn’t originally the lead of H.M. Clarke’s novel, but the character had such a strong presence and influence over the story, the author could no longer deny who the true star was.

What to do when the sidekick becomes the Boss Lady? Let’s find out! Click below to find out more!

Trouble is brewing along our northern borders.  Arranian forces are massing around the passes on their side of the Bhaglier Mountains.  This can only mean one thing.

That they are gathering with their Ice Tiger allies and are going to make an unprovoked attack on the Great Suene Empire.

Five Regiments and two flights have decamped from Darkon and are now readying themselves at Fort Foxtern.  Morale among the troops are high and they are looking forward to the expected battle with Arran.

Have no fear noble citizens

The Emperor protects his people

NB: I received The Red King as an Advance Review Copy

First off, I would just like to say that I am not a fan of anything ‘Zombie’ related.  But Nick Cole’s writing style and voice makes this book a must read for me.

I want to read the next book in the series Now to see what happens to Holiday and the rest of the group of survivors.

This book gives me the ‘Dusk ‘til Dawn’ feeling – where you think the story is leading you in one direction, before switching gears and taking a sudden turn through ‘What the?’ junction and finishing in ‘Wowville’

Being a binge drinking loner on a bender can have some advantages when the Zombie Apocalypse hits.

I wish I could write like Nick Cole.  I love his writing style and descriptions.  And anyone who puts gum trees (eucalyptus trees) in their landscapes is great with me 🙂

Get The Red King Here!

Book two of the Way to Freedom Series, The Dream Thief, is now out on Amazon

The Empire is on the verge of war.

The ancient enemy has returned and betrayal is thick in the air.

Eight years after Kalena became a Flyer, she is being sent North with her wing to garrison the mountainous Northern Pass. They are the first line of defense against unknown enemy numbers.

But what she encounters there, no one could have foreseen and is more dangerous than what the Empire faces to the North.

Book One: The Kalarthri is available here

Just a note to tell everyone that ‘The Enclave’ is going to be on a Kindle Countdown Deal on both Amazon.com and Amazon UK.

Dates for Amazon.com are

Dates for Amazon UK are

Now is the perfect time to grab a kindle copy of ‘The Enclave’.

Get your copy now! 🙂

by Dominick Fencer and Baibin Nighthawk

Mark Savannah, aka Barnett Cooper.  And Turner Cooper (dead father but still a strong influence on our star.)

The Vague Description (trying not to give plot spoilers)

Barnett, who did not have a good family life growing up (his father was killed in action when he was thirteen) grew up wanting to make his mark in the medical sciences.  Except his past (and his father’s), comes back to stop him when he is trying to finish his PHD in London.

He is co-opted into MI6 and through various missions Barnett begins to uncover more of his father’s past and death, as well as uncovering a deadly programme using mind control experiments on transplant patients through the facade of a company called BioSketch Technologies.

This is a fast paced book, though I did not really care for Barnett Cooper, I did begin to warm to him when he became Mark Savannah.  This is an action driven plot laced with global conspiracies where you will be rooting for this unlikable underdog to win!

Never take anything in your life at face value.  Make it your business to find out more!

I want to learn to fly, be it a plane or helicopter, it doesn’t matter. Though, unlike Barnett, I AM scared of gravity.

This is a perfect read for a long weekend where you will not be rushed or continually on the go.  This is a book where you will bite the head off anyone who interrupts you while reading it.

Kaitlyn Winter is biting at the bit to become an active agent for the Restricted Practitioners Unit.  And on her first day in the job she is thrown into a virtual s**t storm (to put it nicely).

First, she gets targeted for Assassination by The Sharda’s top assassin

Second, her Werewolf best friend decides that her being ‘Straight’ means she can’t protect herself and places her in protective custody

Third, the love of her life still won’t notice her existence and the Tempus Mage who’s set to keep an eye on her is infuriatingly attractive….

hmmm – I might even do a  video showing off how good my paperbacks actually are ‘in the flesh’ – I always put little added tweaks in them, that you can’t really put in an ebook …

Don’t forget to sign up for Exploration Rights in my Newsletter to get access to my Member’s Area, extra goodies, giveaways and contests!

A story of Vengeance with a Capital V!

Get THE ENCLAVE now at all your favourite online retailers.

Today also happens to be my birthday, so please help support my Birthday Book Bash by givingTHE ENCLAVE a look  🙂

HAPPY BIRTHDAY TO ME! 🙂

Don’t forget to sign up for my Newsletter here to get access for extra goodies, giveaways and contests!

Get THE ENCLAVE for Kindle here

Get THE ENCLAVE from Amazon here

Count Down to the "Winter's Magic" Release Day!September 4th, 2014
Release Day is here - Buy it now
%d bloggers like this: